Transferring carbon between tanks is traditionally done manually by the operators on site. This process is inconsistent between operators, an inefficient use of the operators time and relies on the operator applying the correct logic to which pumps get turned on. This is a potentially unsafe process due to the potential for strains and manual handling issues and the cyanide fumes the operator is exposed to.

The Carbon Scout eliminates these issues by copying the mechanism the operator takes for the sample but on a larger, more frequent and automated scale. A slurry sample is siphoned from the tank and presented into a sample cone in the Carbon Scout. The Carbon Scout then uses guided radar level sensor to measure actual slurry volume, typically 20 L, and a laser distance sensor to measure the height of carbon column in the strainer. These are used to calculate the carbon concentration (g/L) in that sample.
Download the paper to learn how to Carbon Scout automates carbon movement. 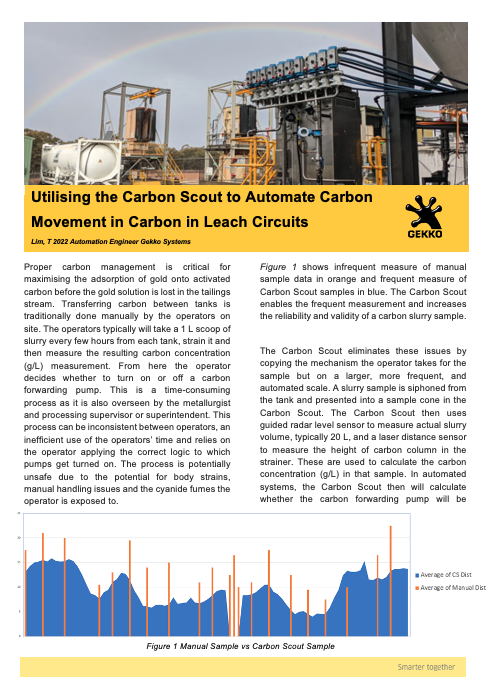 Complete the form below to download the Carbon Scout paper